Pests are beyond annoying. They have the capability of devastating the entire world's ecosystems and agriculture by chaotically interrupting earth's natural diversity of organisms as they eat their way through crops that are the mainstay of human nutritional diet needs. Destructive pests give farmers no other option than to take forceful action against them. Over time, different types of methods have been used by farmers to rid their agricultural field crops of pests. Biological control methods might be the answer to effective pest control.

What Is Biological Pest Control?

Biological control uses a pest's predators that prey on them to control the pest's population. That approach lessens the pest's impact on the economics of agriculture as well as environmental practices. A distinct advantage to using biological control is that it's an alternative to using pesticides and poisons, which can harm farmers, consumers and the environment.

When you introduce a predator biological control method, the predator that's now going to deplete the pest infestation will only control the targeted pest, which is a great greening treatment that is void of both chemical and mechanical method control. Were you to apply a weed-killing chemical pest control treatment to an orchard with plants that bear fruit, the weeds and plants would be annihilated.

Biological control on the other hand destroys the weeds but leaves the fruit plants untouched. Once you treat your agricultural fields initially with biological control products, the effect is a long-term application that remains in place longer than other pest control methods. How does biological pest control stand up to comparisons with genetically modified crops?

Genetically Modified Crops (GM) reduces any need for the use of harmful pesticides, but bear in mind that GM crops can present problems for humans. Risks from toxicity and allergens may also occur. New and improved traits over time address genetic changes that were problematic in the past. A GM crop such as corn is now weeded with herbicides that are less toxic and more effective. Both corn and cotton crops have sustained modification that incorporates Bascillus thuringiesis genes (Bt), which produce less toxic proteins and are only toxic to larval pests. So you can also modify your crops to prevent plant fungi or viruses from flourishing. Your GM crop yields are many times more higher than other types of pest control.

Environmental benefits are guaranteed with Bt gene treatment. You as a farmer can now easily control farm runoff with Bt to avoid polluting water systems that are assured if you were to use  highly toxic insecticides. You also realize less loss of topsoil. With Bt use, there are less health risks for you, your rural workers and definitely lower residual pesticide that could affect your consumer customers.

For more information, talk to a professional like Suffolk Pest Control. 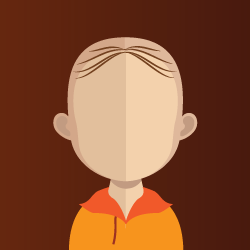 Planting a vegetable or fruit garden can be a fun project for the whole family. But if you don't know where to begin, your project can quickly frustrate you. A few months ago, my spouse and I decided to plant a tomato garden in our backyard. The project seemed easy at first but soon turned into a daunting task. Not only did we not know how to plant our seeds, we didn't know how to make the soil hospitable for them. I turned to an old friend for help and soon learned how to select the best soil for our garden. I also learned a lot about gardening in the process. I want to offer you tips on how to choose the right plants, including how to plant them and where. Please read my blog for gardening tips you can use right now.